The Skull Cave is the hideout of The Phantom. The Skull Cave is hidden behind a large waterfall in the Deep Woods of Bangalla. To find the cave, one must go through the waterfall. The area within and around the waterfall is heavily guarded by the pygmy Bandar tribe's warriors who are hidden among the trees and bushes equipped with bow and arrows of poison. Any sign of intruders may immediately be communicated through the drum beats that reverberate in the entire jungle and easily reach the ears of The Phantom. Other than being one of the ancestral home of the Phantom and his family, the cave includes many special rooms.

Situated with a long-extinct volcano in an undisclosed location with the Deep Woods, the fabled Skull Cave may have been many millennia before the first Kit Walker set foot upon the volcanic glass "keystone" that marks the entrance to the hidden subterranean lair. Each generation of Phantom(s) has added to its mystery, mapping undiscovered chambers and maintaining its historic legacy as secret sanctum of 'The Ghost Who Walks'.

The earliest recorded history in regards to the legendary Skull Cave took place over 400 years ago, when it was visited after Christopher 'Kit' Walker (the future 1st Phantom) had helped the Bandar tribe escape from the cruel Wasaka. Fleeing through the jungle, the Bandars took the young man through a waterfall to a location only known by them, and showed him a bizarrely-shaped cave, so strangely carved by nature, that it resembled a large human skull. Hence, the name of this wondrous landmark, giving it its name - the Skull Cave - which eventually became the home of the first Phantom. He eventually carved the outside of this landmark so that it would resemble a skull even more so. Since that time, the Skull Cave became the hideout, base of operations and home of the Walker family and has been the abode of each successive Phantom.

In the 21st Century, the 21st Phantom has also told Diana that the first Phantom built the Skull Cave, as well as the Skull Throne, presumably meaning that he improved its look and made the interior habitable.

Even more amazing than the cave itself are its contents within. The large cavern has many chambers in it. The important ones which are described below:

The Throne Room is a vast hall that one enters as soon as one steps into the cave. It has a risen platform in the middle on which stands the Skull Throne flanked on both sides by ornate stands with lit torches on them. This room has been used at times to hold conferences between kings or tribal chiefs. This is also the place where the Phantom meets messengers or visitors.

The Chronicles Room contains a large number of voluminous books. In these books are captured all the adventures of the Phantoms, written in their own hand. Thus, 400 plus years of events are recorded in the books of the Chronicles Room. Here also lies answers to many unsolved mysteries. For example, the secret of how the Jungle Patrol was formed.

This room is most precious to our 21st Phantom. He spends a lot of his time here reading about his ancestors. Many a time, he has sought help from the Phantom Chronicles in his own adventures.

Upgraded with 21st century connectivity by Heloise Walker, The Phantom's communications hub is physically plugged into the Skull Cave and surrounding mountain, tapping into a network of super-conductive ores that allow broadband signals to reach the transmitting and receiving equipment deep underground. This room also houses technical equipment, such as powerful radio-transmitters, computers with internet connectivity and telephones. The Phantom uses the transmitter within to communicate withe The Jungle Patrol and the outside world. There is a special band or frequency that he uses for this which is called the X-Band at Jungle Patrol.

The Bandar pygmies refer to the radio as the 'Devil's Box', from which comes 'voices from air'.

Next to the Crypt, is another room which has not been named. Unofficially, it is known as the 'costume room'. It is here that the uniform of every Phantom is arrayed within this chamber, a monument and memorial to every man (and woman) who has battled injustice as 'The Ghost Who Walks'. Due to damage sustained in battle, the Phantom must frequently change out his uniforms. This uniforms are often made by The Phantom's good friend Guran.

With enough guns and ammunition to wage a small war - or to defend the secrets of the Skull Cave to the last - this chamber contains weapons spanning four centuries of armed conflict.

The Skull Cave includes two treasure rooms -- The Minor Treasure Room and The Major Treasure Room. The former contains gold, silver and jewels of every color and carat. This chamber contains a fortune culled from pirate booty, riches uncounted which have long funded The Phantoms' missions. The 21st Phantom gave a substantial portion of gold to his son as a wedding dowry. Young Kit used the wealth to launch and finance The Walkabout Foundation.

Within the chamber of The Major Treasure Room lies treasures of antiquity, priceless fabled artifacts kept safe by the long line of Phantoms. This includes such fabled treasures as:

The Crypt contains the tombs of 20 previous generations of Phantoms. Here is is mentioned that no Phantom has ever seen his own grandfather, with the exception of the 13th Phantom who knew his grandfather (the 11th Phantom), a very rare occurrence. 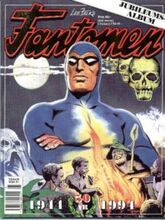 The Phantom with the Skull Cave to his left. Swedish Fantomen album from 1994. Art by Rolf Gohs.

The Phantom on the ancient Skull Throne. Cover of The Phantom #1 (published in 1989 by DC Comics). Art by Luke McDonnell. 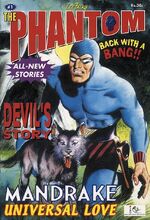 Indian The Phantom comic book from 2000. Art by Rolf Gohs. Image features the Phantom with his pet wolf, Devil, outside the Skull Cave.

The Phantom and his family and friends, posing in front of the Skull Cave.

The Phantom sitting upon the Skull Throne within the Throne Room.

The Chronicle Chamber, where the all the logs of various Phantoms are stored. 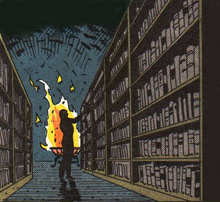 The Phantom examines the various volumes authored by past Phantoms. 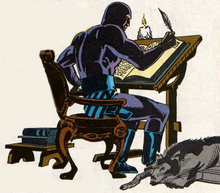 The current Phantom, writing his memoir in his own personal journal. 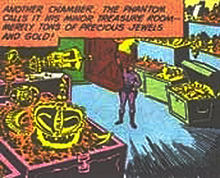 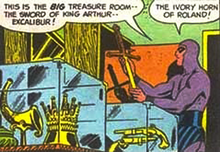 The Crypt, where all past Phantoms lie for all all eternity.
Community content is available under CC-BY-SA unless otherwise noted.